Will the Internet be able to handle the stress test that’s coming?

As the coronavirus spreads, many companies are requiring employees to work from home, putting unanticipated and untested stress on remote networking technologies and causing bandwidth and security concerns.  If you own a website, be sure to take swift action to ensure you do not lose any content

With millions more practicing social distancing and being restricted to their homes, officials have raised concerns that a surge in high-definition streaming could eat up vital resources such as online education services and corporate software that enables businesses to run.

The rise in remote users expected to come online as a result of the corona-virus calls for stepped-up capacity, one we are not positive it can handle.

Recent research by VPN vendor Atlas shows that VPN usage in the U.S. rose more than 53% between March 9 and 15, and it could grow faster in the coming days and weeks.

VPN usage in Italy, where the virus outbreak is about two weeks ahead of the U.S., increased by 112% during the last week. “

We estimate that VPN usage in the U.S. could increase over 150% by the end of the month,” said Rachel Welch, chief operating officer of Atlas VPN, in a statement. 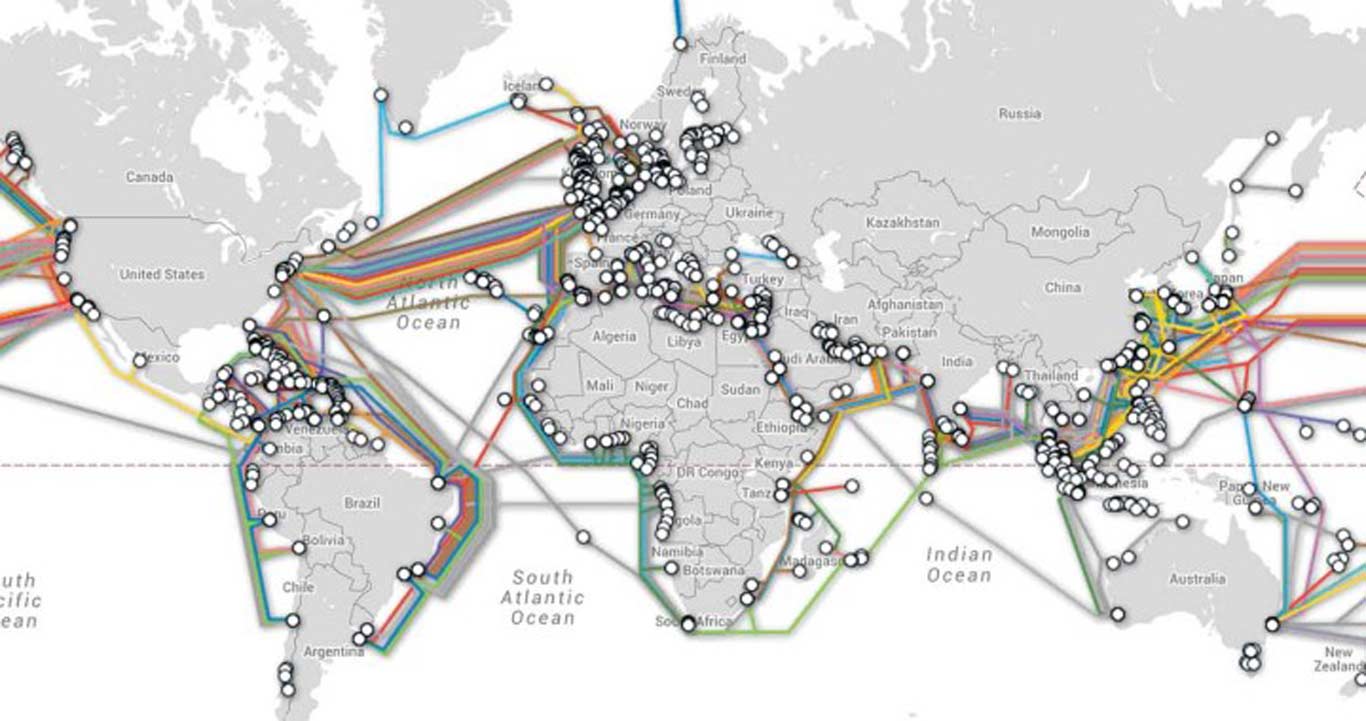 Backbone of the internet. Underwater cables connect the continents.

If you do, there are some vital steps you should take to ensure the security and functionality remain in tact in case things do go offline.

If you have any questions about how or what steps to take, please contact us. We will be glad to assist.

“We estimate that VPN usage in the U.S. could increase over 150% by the end of the month.”

Businesses are trying to get a handle on how much capacity they’ll need by running one-day tests. This is a vital step taken by businesses, and will help the masses make better decisions regarding internet usage.

For example, JPMorgan Chase, Morningstar and analytics startup Arity have tested or plan to test their systems by having employees work from home for a day, according to the Chicago Tribune.

On the government side, agencies such as National Oceanic and Atmospheric Administration and NASA have or will run remote networking stress tests to understand their remote networking capacity and what the impact will be if they add thousands of new teleworkers. Just over 2 million people work for the government in the U.S., so the stress test ran by these agencies will be quite telling.

To help stave off congestion in cellular data networks, the Federal Communications Commission has granted T-Mobile temporary access to spectrum in the 600MHz band that’s owned by other licensees.

T-Mobile said it requested the spectrum “to make it easier for Americans to participate in telehealth, distance learning, and telework, and simply remain connected while practicing recommended ‘social distancing’.”

“We have seen a very small number of platform-related issues or outages due to increased loads, although those have since been resolved,” added ThousandEyes’ Farmer. 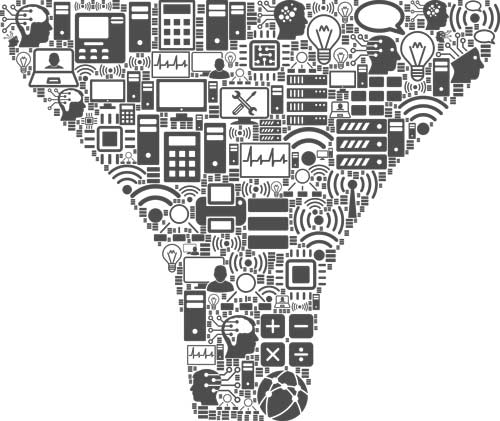 “Bottlenecks are likely going to exist in hard-to-reach areas, such as rural locations, where internet access relies on microwave or wireless infrastructure. The challenge here is that the available bandwidth is usually much less via these solutions, as well as more latent.”

For their part, AT&T said it has seen changes in usage on its wireless network, but output has not been maxed out, thus far.

“In cities where the corona-virus has had the biggest impact, we are seeing fewer spikes in wireless usage around particular cell towers or particular times of day, because more people are working from home rather than commuting to work, and fewer people are gathering in large crowds at specific locations,” AT&T said in a recently made statement.

“We continuously monitor bandwidth usage with tools that analyze and correlate network statistics, which reveal network trends and provide us with performance and capacity reports that help us manage our network.”

Verizon says it hasn’t seen a measurable increase in data usage since the corona-virus outbreak, despite a jump in the number of customers working from home. I do expect this to change, however, as more cities and states are completely shutting down.

Sounds scary, I know. The next paragraph, however, gives me some relief.

“Verizon’s telecom networks are designed and built to meet future demand and are ready should demand increase or usage patterns change significantly. While this is an unprecedented situation, we know things are changing, and we are ready to adjust network resources as we better understand any shifts in demand,” the company said in a statement.

Verizon has been monitoring network usage in the most affected areas and pledged to work with and prioritize network resources to meet the needs of hospitals, first-responders and government agencies in those specific areas.

It also announced plans to increase capital spending from between $17 billion and $18 billion to between $17.5 billion to $18.5 billion in 2020 in an effort to “accelerate Verizon’s transition to 5G and help support the economy during this period of disruption.”

This step, If would be the most helpful. If Most cities were using 5G, the mobile networks would be much better off when dealing with the higher demand. We also must redirect resources to rural areas to ensure they remian connected.

Get WordPress news and updates straight in your inbox. No spam, ever. None of your personal info will be shared with anyone, ever.

Netflix agreed to temporarily reduce bandwidth used by its streaming service in Europe, saying it will cut video bit rates for the next 30 days at the suggestion of the EU in order to ease the load on internet networks in the region.

The move came after EU Commissioner for Internal Market Thierry Breton, in recent discussions with Netflix CEO Reed Hastings, urging the company switch to standard-definition video to ease congestion on networks during the coronavirus pandemic. The concern is that HD streaming video would swamp broadband networks as millions of quarantined people are working remotely.

“Following the discussions between Commissioner Thierry Breton and Reed Hastings — and given the extraordinary challenges raised by the coronavirus — Netflix has decided to begin reducing bit rates across all our streams in Europe for 30 days,” a Netflix spokesperson said in a statement to Variety. “We estimate that this will reduce Netflix traffic on European networks by around 25% while also ensuring a good quality service for our members.”

Netflix didn’t specify exactly how it would reduce the amount of bandwidth consumed in Europe, or how that would affect video quality for customers. My guess is they could save a ton of bandwidth by streaming in SD rather than HD. According to Netflix, streaming TV shows or movies on its service uses about 1 gigabyte of data per hour for each stream of standard-definition video, compared with up to 3 GB per hour for each stream of HD video.

For now, Netflix’s decision to throttle back video applies only in Europe, not in the U.S. or other territories.

The EU is also calling on internet users to view lower resolution content and limit their time online whenever possible. With more people working at home due to the ourbreak, Vodafone — which has about 120 million customers in Europe —  reported a 50% increase in internet usage earlier this week.

These holidays are one-offs, so the question remains, can the internet handle this continued increase in bandwidth?

Looking at latest internet usage data from Verizon shows that many people are turning to video games and streaming services to pass the time. The company’s week-over-week numbers during peak hour usage reported an 75% increase for gaming, 34% increase for VPN, 20% increase in web traffic and 12% increase in video streaming.

We asked people to work from home, so they use video conferencing to communicate now.

Students have to stay home from school and now they use streaming services, video games, social media, home learning technology – all using more bandwidth than we are accustomed to.

Things have changed rapidly and the infrastructure is getting maxed out, and I hope the internet possesses a “bend, don’t break” capability.

These numbers are certainly going to continue to increase, so can we be confident in the internet working for the remainder of what’s becoming a global quarantine?

My guess, and yes it’s only a guess since this has never occurred before, is yes, the internet will be there when you need it. I do think that streaming in SD rather than HD would be one ideal way to ensure internet connectivity continues uninterrupted and should be highly considered.

With internet companies across the board assuring they can handle the gigantic uptick of bandwidth usage, I feel confident enough, for now, to say that we will NOT break the internet.

Having said that, please prepare for the worst. If you own a website, there are some vital steps you should take to ensure the security and functionality remain in tact. If you have any questions about how or what steps to take, please contact us. We will be glad to assist. 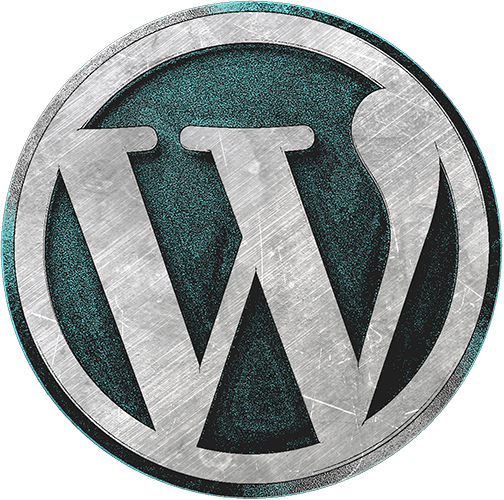